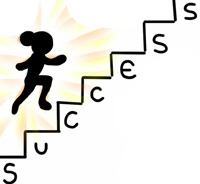 Mr.Kumar was the most experienced IT Analyst in his organization. With a technical Master’s degree, and having graduated from one of the best business schools in the country, he was hired during campus recruitment. However, it wasn’t clear why he never managed to get promoted to the project manager level of his department.

He was dedicated. His own project managers used to consult him all the time, making him second-in-command. But he never got around to take the reins in his own hands for three years running. And that’s when he sought our professional advice.

Our initial analysis concluded that although Mr.Kumar had the technical skills for the job of a project manager, he lacked the soft skills to build relationships, and work as a team. He preferred to work alone, successfully finishing the tasks assigned to him, but isolating himself from the rest of the team. Hence, his seniors couldn’t risk any project on him.

But there was still hope.

With business communication training, he started becoming more proficient in how to speak and write properly to communicate effectively. Additionally, he became more aware of his body language by controlling his body movements and posture.

For instance, he stopped standing akimbo with both hands on his hips, or even crossing his hands over his chest. He began to understand how hostile and unfriendly he can look in these postures, reason why his team members never approached him for any help, just his project manager did.

With further soft skills training in business etiquette, team building, social grace, and so on, his team members starting noticing him as part of the team, rather than reporting to him as second-in-command in project management.

These days, most of Mr.Kumar’s friends are from his workplace. He manages some of the high-profile projects in his organization with some of his friends as team members. He is definitely more successful as a professional now, and of course, he loves his job surrounded by friends, all thanks to his new and improved soft skills.

So take Mr.Kumar’s example – simply improving his soft skills are enough to push him in the right direction. And so can you. Soft skills can make you more successful in your line of work. Why don’t you try it for yourself?

To understand how you can succeed more at work with soft skills, try our free soft skills consultation.

Love what you just read? Drop us a line in the Comments section below with your feedback – good or bad. If you have a question, or would like Ankitaa to blog about something in particular, try using the “Contact Us” page, or email here.

Want to join the discussion?
Feel free to contribute!

This site uses Akismet to reduce spam. Learn how your comment data is processed.

Top 4 Tricks To Look Slimmer Without Breaking Sweat What Are the Uses Of Handwriting Analysis?
Scroll to top

This site uses cookies. By continuing to browse the site, you are agreeing to our use of cookies.

We may request cookies to be set on your device. We use cookies to let us know when you visit our websites, how you interact with us, to enrich your user experience, and to customize your relationship with our website.

Click on the different category headings to find out more. You can also change some of your preferences. Note that blocking some types of cookies may impact your experience on our websites and the services we are able to offer.

These cookies are strictly necessary to provide you with services available through our website and to use some of its features.

Because these cookies are strictly necessary to deliver the website, refuseing them will have impact how our site functions. You always can block or delete cookies by changing your browser settings and force blocking all cookies on this website. But this will always prompt you to accept/refuse cookies when revisiting our site.

We fully respect if you want to refuse cookies but to avoid asking you again and again kindly allow us to store a cookie for that. You are free to opt out any time or opt in for other cookies to get a better experience. If you refuse cookies we will remove all set cookies in our domain.

We provide you with a list of stored cookies on your computer in our domain so you can check what we stored. Due to security reasons we are not able to show or modify cookies from other domains. You can check these in your browser security settings.

We also use different external services like Google Webfonts, Google Maps, and external Video providers. Since these providers may collect personal data like your IP address we allow you to block them here. Please be aware that this might heavily reduce the functionality and appearance of our site. Changes will take effect once you reload the page.