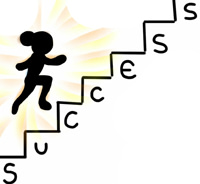 Mr.Kumar was the most experienced IT Analyst in his organization. With a technical Master’s degree, and having graduated from one of the best business schools in the country, he was hired during campus recruitment. However, it wasn’t clear why he never managed to get promoted to the project manager level of his department.

He was dedicated. His own project managers used to consult him all the time, making him second-in-command. But he never got around to take the reins in his own hands for three years running. And that’s when he sought our professional advice.

Our initial analysis concluded that although Mr.Kumar had the technical skills for the job of a project manager, he lacked the soft skills to build relationships, and work as a team. He preferred to work alone, successfully finishing the tasks assigned to him, but isolating himself from the rest of the team. Hence, his seniors couldn’t risk any project on him.

But there was still hope.

With business communication training, he started becoming more proficient in how to speak and write properly to communicate effectively. Additionally, he became more aware of his body language by controlling his body movements and posture.

For instance, he stopped standing akimbo with both hands on his hips, or even crossing his hands over his chest. He began to understand how hostile and unfriendly he can look in these postures, reason why his team members never approached him for any help, just his project manager did.

With further soft skills training in business etiquette, team building, social grace, and so on, his team members starting noticing him as part of the team, rather than reporting to him as second-in-command in project management.

These days, most of Mr.Kumar’s friends are from his workplace. He manages some of the high-profile projects in his organization with some of his friends as team members. He is definitely more successful as a professional now, and of course, he loves his job surrounded by friends, all thanks to his new and improved soft skills.

So take Mr.Kumar’s example – simply improving his soft skills are enough to push him in the right direction. And so can you. Soft skills can make you more successful in your line of work. Why don’t you try it for yourself?

To understand how you can succeed more at work with soft skills, try our free soft skills consultation.

Love what you just read? Drop us a line in the Comments section below with your feedback – good or bad. If you have a question, or would like Ankitaa to blog about something in particular, try using the “Contact Us” page, or email here.